H-France ·
@HFranceWebsite
👏👏👏👏👏 https://t.co/qtgNP4HdPX
View on Twitter
sfhs@thesfhs
We're thrilled to announce that Dr. Tabetha Ewing will be the next director of SFHS. She'll be stepping into this position in March after the Detroit conference.
0
1

H-France ·
@HFranceWebsite
H-France is pleased to announce the appointment of Gülru Çakmak, Assoc. Prof. in the History of Art & Architecture at UMass-Amherst, to succeed Patrick Bray as the Chief Editor of H-France Salon ( https://t.co/TqLQ4rtSp4). For more details, see: https://t.co/fFsitlPgYA
View on Twitter
2
8

“Disasters and Dislocation in France and the Empire”
Panel Session at the 45th Annual Conference of the Western Society for French History, Reno, NV, November 4, 2017

Cindy Ermus, University of Lethbridge, “Plague and the Port City: Movement and Migration during an Eighteenth-Century Crisis”
Video | MP3

“Identity and Memory: Huguenots, Conversos, and Other Francophone Voyagers”
Panel Session at the 45th Annual Conference of the Western Society for French History, Reno, NV, November 4, 2017

Edgar L. Newman Memorial Plenary Lecture: “The Great War at One Hundred: Between Presence and Absence”
Plenary luncheon at the 45th Annual Conference of the Western Society for French History, Reno, NV, November 3, 2017

Commentary by Christopher Forth, University of Kansas, and audience
Video | MP3

Elizabeth Everton, Concordia University, “Heroines for the End of the World: Women, Physical Courage, and Martial Heroism during the Dreyfus Affair”
Video | MP3

Commentary by Michael Wilson, University of Texas at Dallas, and audience
Video | MP3

“Cultivating the World in the Eighteenth Century”
Panel Session at the 45th Annual Conference of the Western Society for French History, Reno, NV, November 3, 2017

The salon begins with a brief introduction:

The salon continues with a memorial roundtable held at the 63rd Annual Meeting of the Society for French Historical Studies, Washington, DC, April 22, 2017

The salon continues with six essays:

A Salon in 40 parts
As the 50th anniversary of May-June 1968 approaches, one can safely predict a continuation in the now traditional outpouring of interest that has been so important in helping shape the French collective memory of these seminal events. The anticipated commemorative surge will underscore the ongoing and durable legacy of “mai 68” as a watershed moment in the political, social, and cultural development of France as well as highlighting just how much debate remains over how 1968 should be understood and remembered. Central to shaping this narrative will be the experiences of those who were present at the time and whose stories of their diverse experiences go a long way to helping make sense of why 1968 remains such a focus of fascination 50 years later.

H-France has been developing several issues of H-France Salon on those events as its contribution to the decennial commemoration. We are delighted to share the first of these with you today.

Between Fall 2016 and Spring 2017, Chris Reynolds interviewed 22 academics from the United States, Canada, the United Kingdom, the Netherlands, and France who experienced May-June 1968 in France. We present these interviews to you in two formats.

First, we have created 18 thematic videos focused on important themes in debates around the events of 1968. We hope that many of you might find these thematic videos useful for teaching modules or seminars on 1968.

Second, the full interviews with individual scholars are available as these might be of particular interest to scholars researching May 1968 and to those studying its continuing memory. 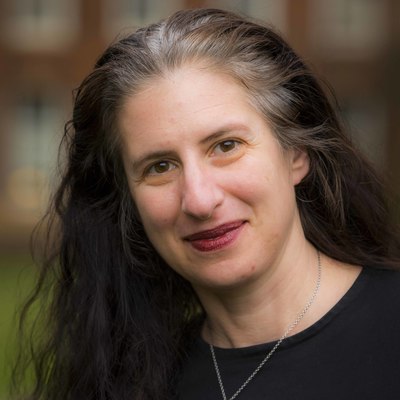 “The Social History of Impressionism”

Alexis Clark, Washington University in St. Louis, and David Peters Corbett, The Courtauld Institute of Art, “Introduction to ‘Questionnaire on Impressionism and the Social History of Art’”

“Responses to ‘Questionnaire on Impressionism and the Social History of Art’”

Video Discussion: “The Social History of Impressionism:  A Conversation”

“Communities and Religious Identities in the Early Modern Francophone World, 1550-1700: A Collaboration with French Historical Studies”

The most recent issue of French Historical Studies contained a special forum “Communities and Religious Identities in the Early Modern Francophone World, 1550-1700,” an outgrowth of series of panels held at the 2014 Sixteenth Century Studies Conference in honor of Barbara B. Diefendorf and the impact of her scholarship on the study of early modern history.

Beam and Armstrong have extended the forum into this issue of H-France Salon. The salon begins with two reflections on the essays in the forum:

The salon concludes with a video interview with Barbara Diefendorf:

“Legacies of the French Revolution Across Time and Distance”
Panel Session at the 44th Annual Conference of the Western Society for French History, Cedar Rapids, IA, November 5, 2016

Plenary Session:  “A Tale of Two Texts, or Why Write French History Today”
Plenary sesssion at the 63rd Annual Meeting of the Society for French Historical Studies, Washington, DC, April 22, 2017

“Session in Honor of James B. Collins I: Culture, Society, Gender, and the State in Early Modern Europe”
Panel session at the 63rd Annual Meeting of the Society for French Historical Studies, Washington, DC, April 22, 2017

Felicia Rosu, Leiden University, “The Politics of ‘This and That’: Republican Practices before the Birth of the State in East Central Europe, 14th-17th Centuries”
Video | MP3

Clare Crowston, University of Illinois at Urbana-Champaign, “Women, Work, and the Household Economy: An Appreciation of James Collins’s Contribution and Thoughts on Future Directions”
Video | MP3

“Women in the French Imaginary: Historicizing the ‘Gallic Singularity’”
Panel Session at the 63rd Annual Meeting of the Society for French Historical Studies, Washington, DC, April 21, 2017

Roundtable: “What We Talk about When We Talk about Décolonisation”
Roundtable session at the 63rd Annual Meeting of the Society for French Historical Studies, Washington, DC, April 21, 2017

Robin Walz, University of Alaska Southeast, “The Dark Avenger as Popular Hero from the Count of Monte Cristo to Chéri Bibi”
Video | MP3

Venita Datta, Wellesley College, “Crimes against the Nation: The Theft of the Mona Lisa (1911)”
Video | MP3

Dominique Kalifa, Université de Paris I, “The Long Arm of Fantômas, or the Myth of the Twentieth Century”
Video | MP3

Ian Coller, University of California, Irvine, “A Violent Tolerance: Islam and the End of the Ancien Régime”
Video | MP3

Ronald Schechter, The College of William and Mary, “A Jewish ‘Architect of Victory’: Jacob Benjamin, the Armée du Midi and the Politics of
Food, 1792-93”
Video | MP3

“The Impossible Subject of Charlie Hebdo: A Collaboration between Contemporary French Civilization and H-France Salon”
Edited by Mayanthi Fernando and Catherine Raissiguier

The Summer 2016 issue of Contemporary French Civilization presented a fascinating forum on Charlie Hebdo in the wake of the tragic events of January 2015. Guest edited by Mayanthi Fernando and Catherine Raissiguier, the forum included an introduction, six articles, four vignettes, and two education portfolios.

H-France commissioned a review of the entire forum by Michael O’Riley: