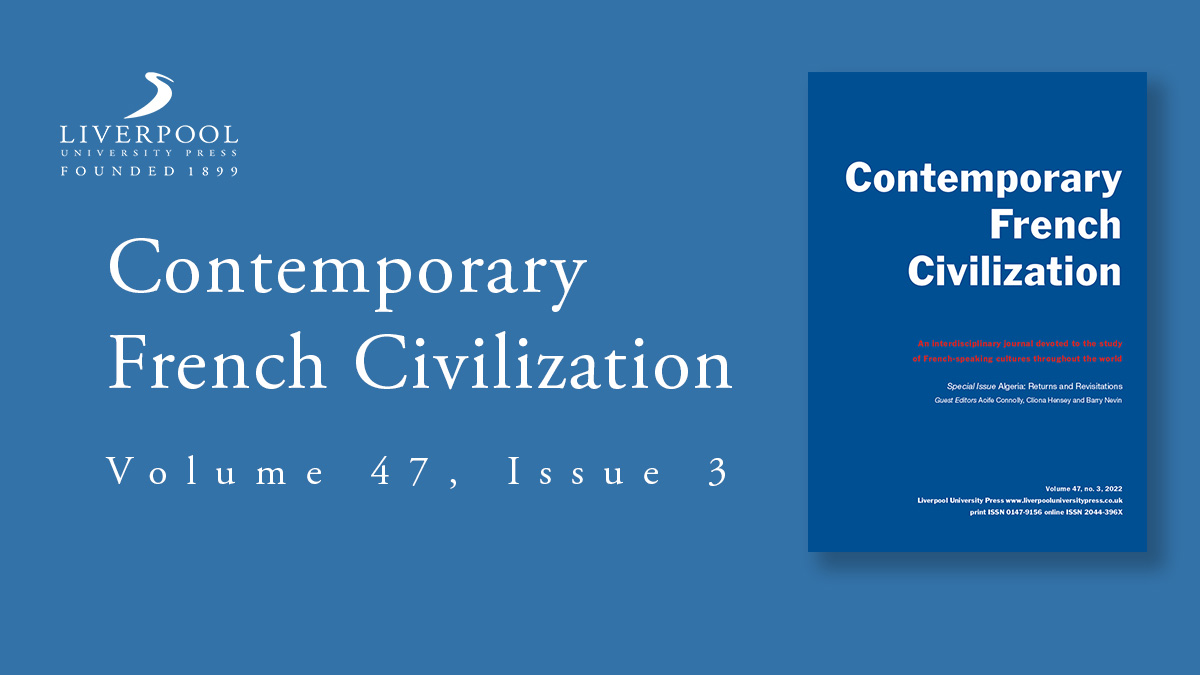 H-France ·
@HFranceWebsite
Do not miss out on this incredible conference in a wonderful location! We cannot wait!! https://t.co/cF1FOvK4oJ
View on Twitter 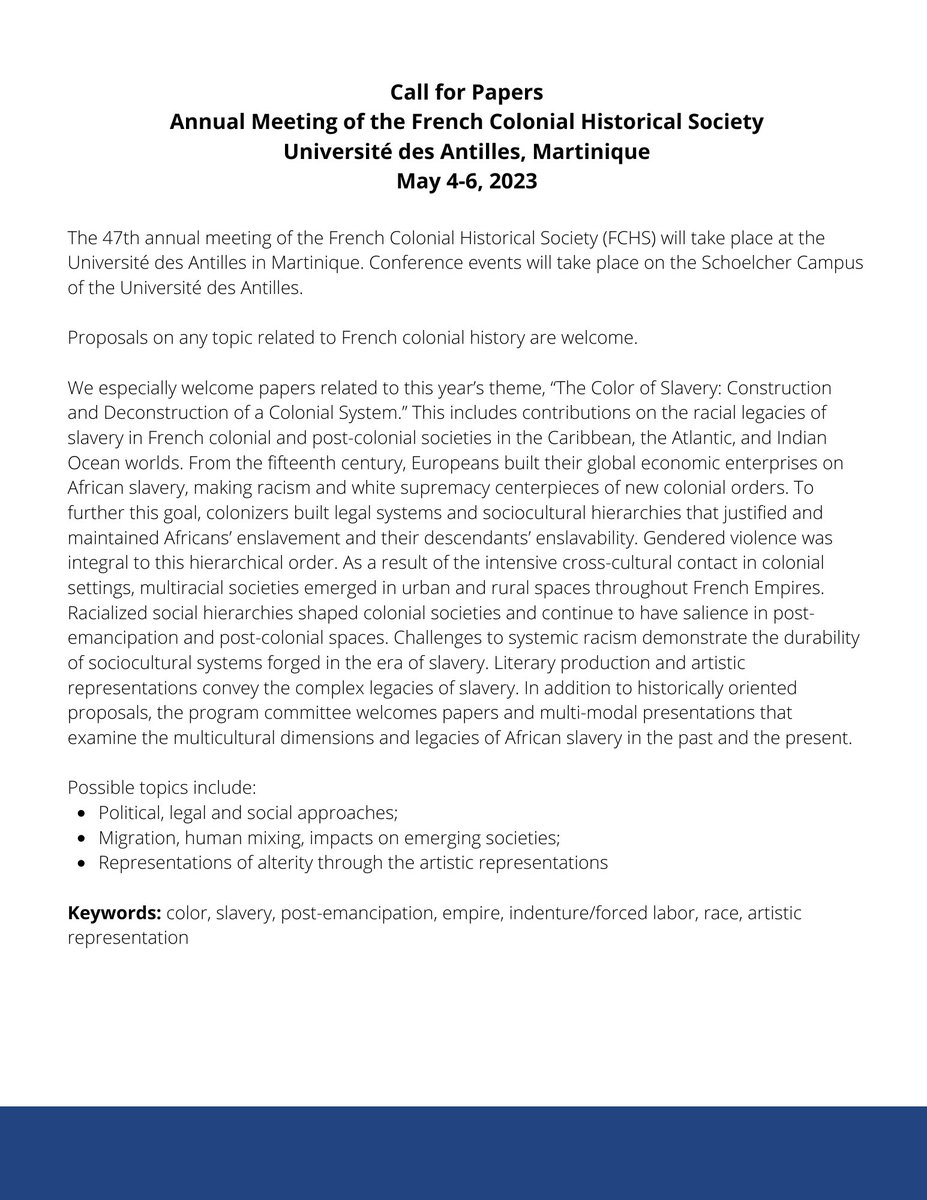 French Colonial Hist@frenchcolonial
We're delighted to announce the call for papers for the 47th @frenchcolonial Annual Meeting, taking place 4-6 May 2023 in Martinique. Paper and panel proposals will be accepted through November 15.

H-France’s mission may be succinctly stated:  to promote scholarly work and discussion on the history and culture of the Francophone world through digital form.  Initially founded in 1991 by Raymond Jonas, University of Washington, as the discussion list FranceHS, in 1995 the moniker H-France was adopted as H-France’s operations and membership list began to expand.  By 2018, with some 4,000 members, H-France has become the largest scholarly organization for Francophone history and culture in the Anglophone world.

Staffed by a team of volunteer editors, all of whom hold doctoral degrees, H-France fulfills its mission through its many operations.  First, H-France publishes several journals on-line, freely available to the public.  H-France Review is the premier review program for newly published books on Francophone history and culture in the Anglophone world.  Its body of nearly 4000 reviews offer extended scholarly critical analysis of the current research in history, literature, art history, music history, film studies, history of science, and philosophy.  H-France Forum highlights significant new books in Francophone history and literature by developing forum reviews in which four scholars critique a recently published book and the book’s author offers a response.  A scholarly search engine facilitates searching the body of reviews published in H-France Review and H-France Forum.  H-France Salon pursues innovative publishing strategies which use both print and audio-visual components to expand scholarship in new digital directions.  For example, issues initially discussed in print journals find continued consideration through both print and live-discussions.  And H-France has organized semi-annual live graduate student webinars.  French History and Civilization: The Papers from the George Rudé Seminar contains peer-reviewed articles that originated as papers presented at the biennial conference of the George Rudé Society, the primary organization for the study of French history based in Australia and New Zealand. Imaginaries: Film, Fictions, and Other Representations of the French-Speaking Worlds offers reviews of both current and classic films, novels, and other media set in the French-speaking world’s past. Our hope is that these reviews will be of use of both to university scholars and to teachers of high school language and history.

Second, H-France manages a discussion list with some 4,000 members from over forty nations.  The discussion list consists of daily email messages that include information on conferences, inquiries from scholars seeking assistance to research questions, discussions of historical topics and issues, advice on the use of archives and libraries in France and elsewhere, and H-France’s publications.  Through this service, H-France promotes an international community for the study of Francophone history and culture.

Third, H-France maintains its web site (http://www.h-france.net/), which provides free access to all of its publications and which contains useful information with regard to the study of Francophone history, including links to major libraries and archival holdings, links to web-based research material, and other scholarly and practical information.  A searchable Scholars Registry allows scholars to find others working on similar topics, the H-France Digital Humanities Database offers a searchable database of Digital Humanities Projects and collections of online sources, and the H-France Research Repository makes microfilms and digital photographs of archival resources available for use by scholars.  In addition, H-France maintains the web sites for the George Rudé Society.

H-France is a tax-exempt educational organization under section 501 (c)(3) of the U.S. Internal Revenue Code.