H-France ·
@HFranceWebsite
👏👏👏👏👏 https://t.co/qtgNP4HdPX
View on Twitter
sfhs@thesfhs
We're thrilled to announce that Dr. Tabetha Ewing will be the next director of SFHS. She'll be stepping into this position in March after the Detroit conference.
0
1

H-France ·
@HFranceWebsite
H-France is pleased to announce the appointment of Gülru Çakmak, Assoc. Prof. in the History of Art & Architecture at UMass-Amherst, to succeed Patrick Bray as the Chief Editor of H-France Salon ( https://t.co/TqLQ4rtSp4). For more details, see: https://t.co/fFsitlPgYA
View on Twitter
2
8

“Pierre Le Nègre” is a child’s card game, played a little like “Go Fish,” that I found at a Flea Market in Paris a few years ago. Examples of other editions of the game can be found online. The manufacturer, Jeux Jouets Français (JJF), published the game between 1904 and 1930: “Zwarte Piet” or “Black Peter” is a Dutch folk character, the companion of Saint Nicholas, portrayed in medieval Flemish art who was resurrected by a Dutch author, Jan Schenkman , in the nineteenth century as a black man. (Today the image is seen as racist and has attracted demonstrations against Dutch blackface during the Christmas holidays.) A third game, “Sept Familles,” has similar colonial content but different rules (the object being to line up the cards, left to right, in the correct order, based on matching the illustrations).

The game “Pièrre le Nègre” involves matching pairs, with the player left holding Black Peter as the loser of the game.

What message does structure or rules of the game suggest about blackness?

Compare the two editions of “Pierre le Nègre.” What messages do the two games suggest about colonialism?

What do the cards from “Sept Familles” suggest about French ideas about culture, race and ethnicity in first half of the twentieth century?

Please add your comments to the discussion blog beneath the images 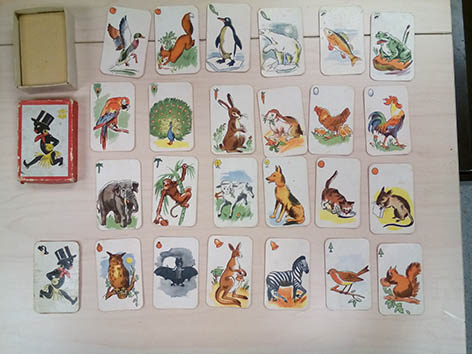 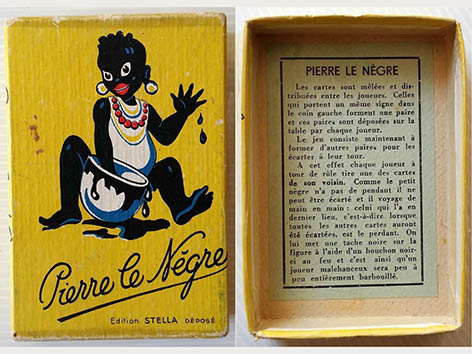 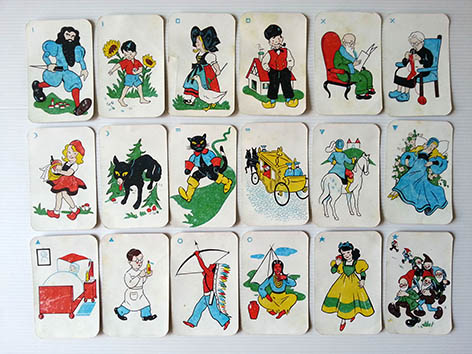 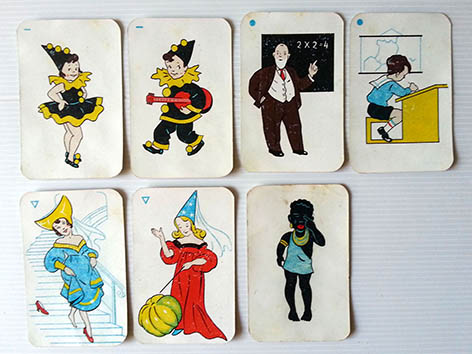 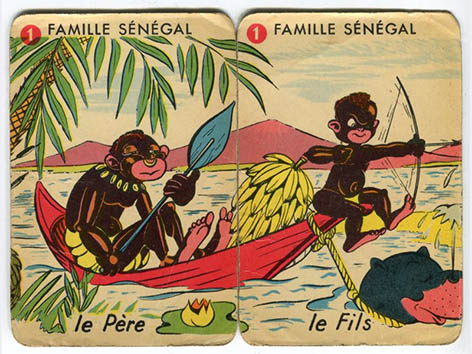 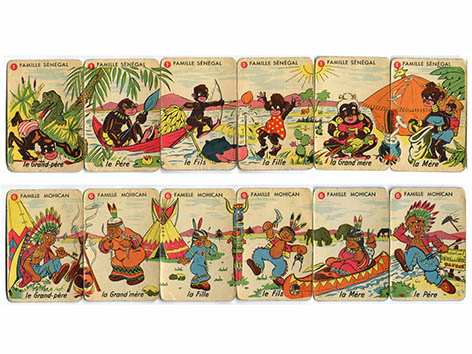 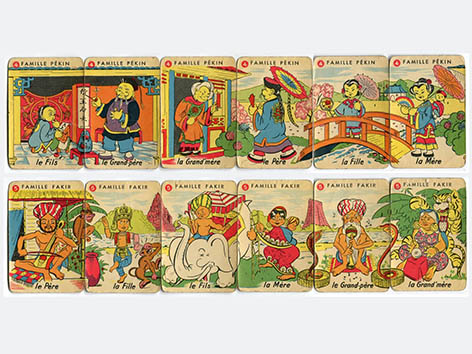 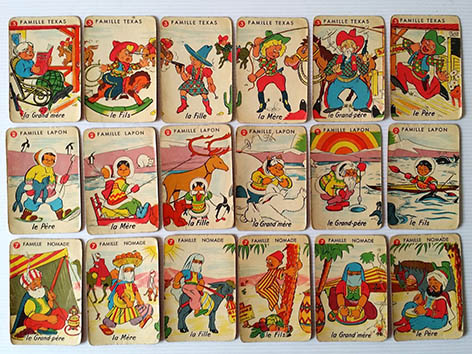 David Smith: “On the Pierre card in the first image, can anyone tell what is in the upper left hand corner of the card?”

Emma Bielecki: “It seems to be an ink pot with ink spilling out. This presumably links to the idea in the instructions that the player who ends up with the Pierre card is supposed to be blacked up with charcoal, thus becoming, effectively, Pierre’s partner. I wonder too, though, about the black liquid spilling out of the pot on the cover of the pack itself and dripping off Pierre’s hand. Blackness seems to be imagined as something that is only ever a function of a colouring-in process of some sort – and ontologically therefore distinct from and inferior to whiteness.”